Don’t you wish we knew more about the ever famous BRAND’S® Essence of Chicken?

It’s marketed as a health product, yet is a food substance, comes in a tiny bottle, and seems to be something that only our grandmothers and mothers have been pushing during exam time, pregnancy and lactation, when cartons of it magically appear in my pantry.

Did it really push my exam grades up?  Did it help me break that track and field national record?

More importantly, did it contribute to my unstoppable milk supply during breastfeeding and to my quick recovery of strength after delivery?

As an integrative medicine doctor I have a clinical and academic interest in micronutrients, macronutrients as well as the energetic effects of food on the body.

And as a mummy, as many of you are, I have a natural interest in nourishing my kids and myself to be able to be my best for them.

These two reasons push me to dig deep into the science and history behind traditional nourishing foods, and it is my pleasure to share this information with all of you who have your own families to care for.

I have found BRAND’S® Essence of Chicken to be useful in my healing plans, and even more so in my specialty areas of keeping mummies well and thriving during the perinatal period (trying to conceive, pregnancy, delivery and lactation).

Thanks to a growing library of scientific research, we certainly know a few more facts about it now.

THE ORIGINS OF BRAND’S ESSENCE OF CHICKEN

Many think it has origins in Asia as this is where it really thrived as a health product but really it originated in the United Kingdom.

This concoction was created by Royal Chef, Mr Henderson William Brand to restore the health of King George IV who ruled in the early 19th century.

It was made to be a broth that was easily digested that would nourish the body.  This is effective when illness has set in and appetite is not great.

HOW IS BRAND’S® ESSENCE OF CHICKEN MADE?

The chickens are kept in a hygienic enclosed area, given the basic space to roam and stretch its wings.  The essence is stated free of antibiotic residue and added hormones, and is certified halal.

The chickens are kept in a hygienic enclosed area, given the basic space to roam and stretch its wings.

The essence is stated free of antibiotic residue and the added hormones is certified halal.

BRAND’S® Essence of Chicken is produced via a water extraction process from chicken meat for several hours under high-temperature, followed by centrifugation to remove fat and cholesterol, vacuum concentration, and sterilization by high temperature and pressure before bottling.

A little caramel is added for colour and no preservatives are used.

Because of this extraction process, the amino and proteins extracted from the chicken have been shown to be up to four times as concentrated when compared to a homemade chicken soup.

I personally enjoy making a homemade chicken soup and then pouring a bottle of chicken essence into it to boost its nutritional value for my family.

Other more convenient ways are to simply drink it as a warm or cool shot of aminos.

We could cook this ourselves and there are recipes available online, but truth be told, the convenience really helps, as not many of us employ royal chefs in our household.

WHAT ARE THE NUTRITIONAL INGREDIENTS IN BRAND’S® ESSENCE OF CHICKEN?

The key ingredients in a 68ml bottle of BRAND’S® Essence of Chicken is a unique composition of a total of 6 grams of protein in the form of free form, easily digestible peptides and essential amino acids.

There is no fat, cholesterol, and is low in sodium.

Peptides like carnosine and anserine have anti-oxidant and brain-protective effects while amino acids like glutamine, arginine, histidine, tyrosine and branched chain amino acids are building blocks of proteins and play a crucial role in regulating key metabolic pathways.

Not many people know about the uses of amino acids, apart from it’s use as a protein in body building, but used in a holistic regime aminos can therapeutically boost key neurotransmitter production, and aid in gut healing.

Specific to lactation it provides the key raw materials in the manufacture of what makes a good quality colostrum, full of immune factors.

According to the four natures and five flavours, chicken is warming and sweet (tonifying).  It warms the speed and stomach systems, and tonifies Qi. This makes it a good nourishing essence, perfect for new mums who have given their all to their babies during pregnancy, and through breastfeeding. 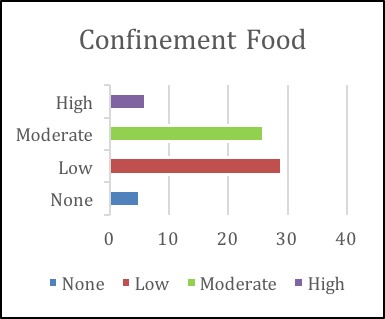 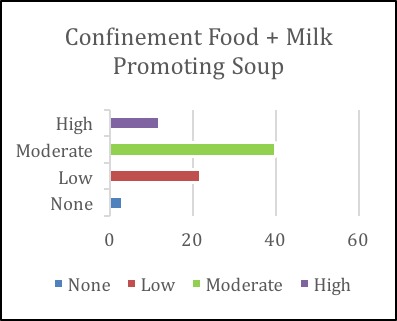 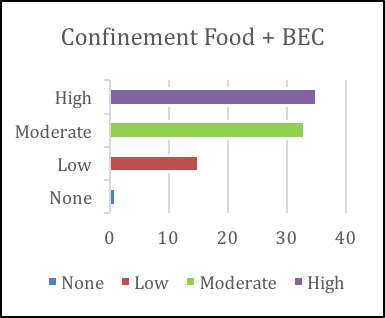 BRAND’S® Essence of Chicken has also been found to be superior to the prevailing lactation soup recipe, in increasing volume of breastmilk.

Therefore to target lactation, I would start drinking BRAND’S® Essence of Chicken three times daily from week 37, where milk is already beginning to form in the body, and continue its use post delivery, in combination with nourishing confinement food.

This will result in large volumes of highly nutritious milk.